Dhaka most polluted city on Earth 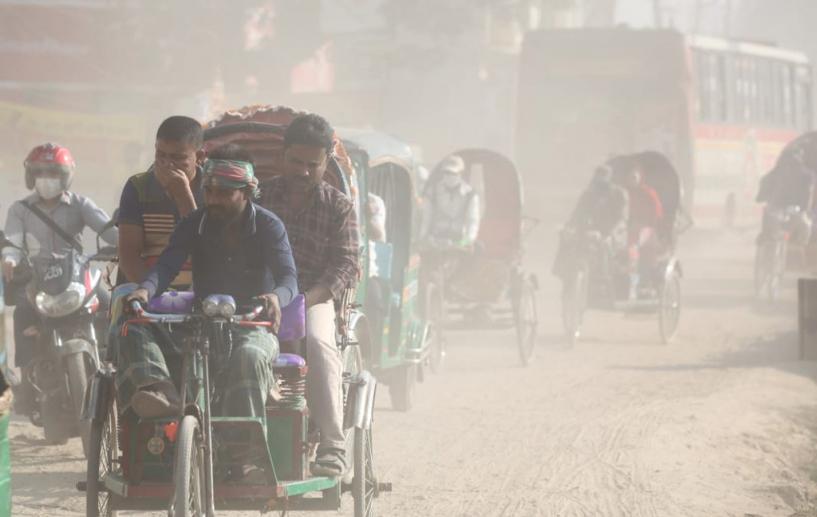 India’s Delhi and Kolkata occupy second and third spots in list of world’s most polluted cities.

Yes, the densely populated capital of Bangladesh has once again topped the list of world cities with the worst air quality.

Dhaka’s air quality index (AQI) was recorded 316 at 10:46am on Friday, which is considered “hazardous”.

India’s Delhi and Kolkata occupied the second and third spots with AQI scores of 210 and 200, respectively, in the latest list.

An AQI above 300 is considered “hazardous” for everyone and doctors advise people to avoid all outdoor activities.

AQI, an index for reporting daily air quality, is used by government agencies to inform people how clean or polluted the air of a certain city is, and what associated health effects might be a concern for them.

In Bangladesh, the AQI is based on five criteria pollutants - Particulate Matter (PM10 and PM2.5), NO2, CO, SO2 and Ozone.

A report by the Department of Environment (DoE) and the World Bank in March 2019 pointed out that the three main sources of air pollution in Dhaka “are brick kilns, fumes from vehicles and dust from construction sites”.

With the advent of winter, the city’s air quality starts deteriorating sharply due to the massive discharge of pollutant particles from construction works, rundown roads, brick kilns and other sources.